Mackintosh formed, together with his wife Margaret McDonald Mackintosh, her sister Frances MacDonald McNair and James Herbert McNair the group "The Four", which was particularly influential on the Glasgow School.

In the late 19th century he was one of the leading figures in the Art Nouveau movement. He gave a decisive impetus to the modern design and is a forerunner of Modern Art.

His best-known furnitures he designed together with Mackay Hugh Baillie Scott for the furniture manufacturer Karl Schmidt-Hellerau.

Mackintosh studied at the Art Academy in his hometown Glasgow, He also built his most famous work, the 1896 Glasgow School of Art. His works often based on right angles and straight lines.

His Art Nouveau designs for the tea house chain Cranston caused a sensation and can be seen today in the Willow Tearooms in Glasgow. 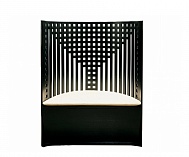 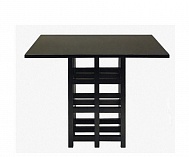